In 2006 the Halberg Trust instigated an Emerging Talent award to acknowledge outstanding young Kiwi sportsmen and women. Anybody 20 years old or younger is eligible to win the prize and a number of impressive winners have been anointed over the years, including most recent recipients Campbell Stewart and Ellesse Andrews both profiled byCollege Sport Media. 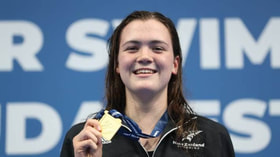 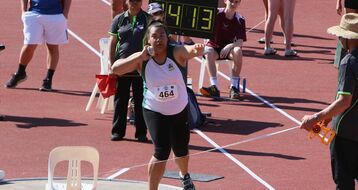 2018 - Maddison-Lee Wesche (Athletics)
Won gold at the 2018 IAAF under-20 World Champs, throwing a personal best of 17.09m. In December 2017 the then Lynfield College student broke her own record set the previous year (16.75m) to hurl the 3kg shot put 17.03m, on her first attempt at the NZSS Track and Field Championships. This was her fifth straight NZSS Shot Put win, having won twice as a junior and three times as a senior. The other finalists for the emerging talent award for 2018 were sailor Josh Armit, White Fern Amelia Kerr, swimmer Lewis Clareburt and football player Anna Leat. 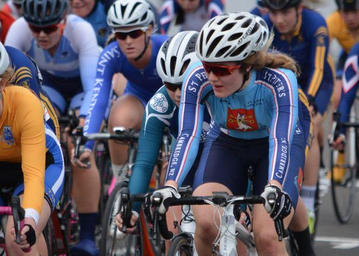 2017 - Ellesse Andrews (Cycling)
Won the individual pursuit and set a world record at the UCI Junior Track World Championships in Italy last August – breaking the 2km world record by 4 seconds. It rounded off a successful week of racing for Andrews, who along with teammates Nicole Shields, Katie Smith and Emily Sharman, also won silver for New Zealand in the 4km Team Pursuit. Ellesse has subsequently been named in the Commonwealth Games team for April’s event in Australia. 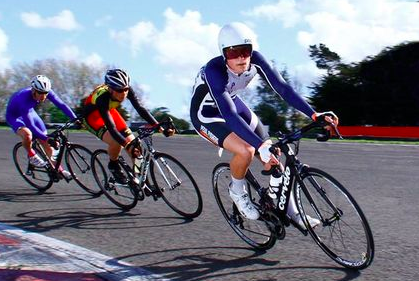 Image by Gary Rodgers / Magnum Images www.magnum-images.co.nz
​2016 - Campbell Stewart (Cycling)
A four-time world junior track cycling champion, Stewart in 2015 became a double world champion after a courageous victory in the omnium at the UCI Junior Track Cycling World Championships in Astana, Kazakhstan. He won the world title in the scratch race on the opening day, and recovered from a crash in the final points race to claim his second rainbow jersey in the gruelling six-discipline omnium.

Campbell joined Sarah Ulmer (1994 in Quito) and the team pursuit world champion (at the time) Regan Gough (2014 in Korea) as double rainbow jersey winners at the Junior Track Cycling World Championships, one behind the three gold medals won by sprinter Sam Webster in Moscow in 2009. 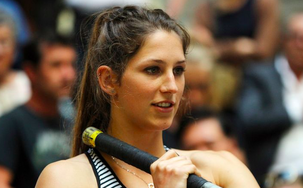 2015 - Eliza McCartney (Athletics)
McCartney won a pole vault bronze medal at the IAAF World Junior Championships and broke a world junior record. At the 2016 Olympics she matched her feat of a bronze medal making her the youngest medalist for New Zealand at the last Olympics.
​
The others finalists were: Campbell Stewart (Cycling), Dylan Schmidt (Trampoline Sports) and Tai Wynyard (Basketball) 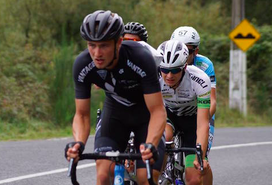 2014 - Regan Gough (Cycling)
Regan became a double world junior champion in 2014 in the Points Race and Madison at the UCI Junior Track World Championships in South Korea.
Gough has since kicked on to a fourth-place finish in the team pursuit at the 2016 Olympics Games and become an accomplished road cyclist.
​
The other finalists were: Eliza McCartney (Athletics), Sam Gaze (Cycling) and Zoe McBride (Rowing). 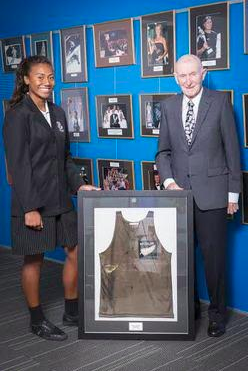 2013 - Gabrielle Fa'amausili (Swimming)
At just 14-years-old, Fa’amausili won a gold medal at the World Junior Swimming Championships in the 50m backstroke, as well as setting a Championship Record. Fa’amausili also set the NZ Open Record in the 50m backstroke and broke six NZ Age Group records.
She has since gone on to a swimming scholarship at the University of Georgia in the US and was named to compete in the 2018 Commonwealth Games, subsequently withdrawing through injury. 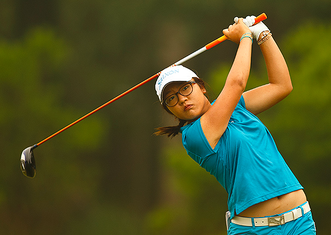 2012 - Lydia Ko (Golf)
Korean-born Ko is the youngest player male or female to become the No. 1-ranked professional golfer in the world. On 2 February 2015 she was 17 years, 9 months and 9 days of age when she became the best player in the world.

Ko announced her arrival three years earlier when she became the youngest person ever to win a professional golf tour event by winning the Bing Lee/Samsung Women's NSW Open on the ALPG Tour. Later in the year Ko became the youngest-ever winner of an LPGA Tour event, winning the Canadian Open.
​
The other finalists were: Andrew McKenzie (Yachting), Anton Cooper (Mountain Biking) and Dylan Kennett (Track Cycling). 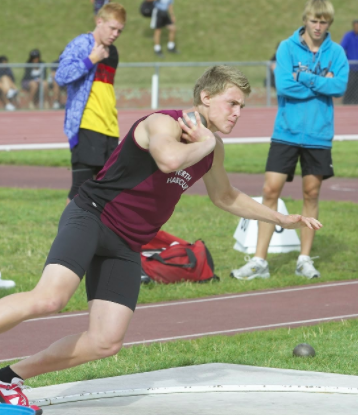 2011 - Jacko Gill (Athletics)
In 2010, Jacko Gill won gold in the shot put at the World Junior Championships at the age of 15 years, 213 days, which made him the youngest ever male gold medalist at the World Junior Championships (surpassing Usain Bolt who was 15 years, 332 days old when he won the 200 metres in 2002). In 2011, he defended his title and cleaned up the New Zealand Secondary Schools competition.
Gill has remained in shot put and is ranked in the top 10 in the world.
The other finalists were: Byron Wells (Snow Sports), Sam Meech (Yachting) and Shaun Johnson (Rugby League)

2010 - Gareth Kean (Swimming)
Swimmer Gareth Kean out of Wellington College burst on to the world stage by winning a silver medal in the backstroke at the Commonwealth Games in Delhi. A multiple National champion, Kean went on to compete at the 2012 London Olympics, but later quit swimming citing a lack of passion.
​
The other finalists were: Jacko Gill (Athletics), Julia Edward (Rowing) and Tyler Bleyendaal (Rugby). 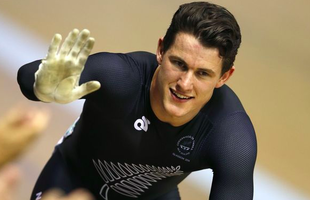 2009 - Sam Webster (Cycling)
Sam Webster from Auckland was the 2009 sprint, keirin and team sprint World Champion at the Junior World Cycling Championships. He was also a New Zealand national track cycling champion.
Webster kicked on to win gold medals at the 2014 Commonwealth Games in the individual sprint and the team sprint.
​
The other finalists were: Aaron Cruden (Rugby), Robbie Manson (Rowing) and Sam Meech (Sailing) 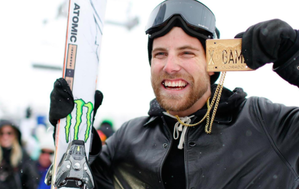 2008 - Jossi Wells (Skiing)
The youngest skier to ever compete at the Winter X Games, Wells achieved fine results on the Winter Dew Tour winning four medals (two silver & two bronze) in slopestyle events. Wells was the first Kiwi to compete on this tour.
At the age of 19 in 2010 Wells was crowned the AFP Overall World Champion earning him the status of "best freeskier in the world. He has since completed the Winter Olympics.
​
Chris Rahardja (Karate), Graham Oberlin-Brown (Rowing) and Paige Hareb (Surfing) were the other finalists. 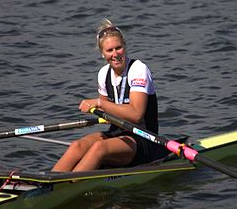 2007 - Emma Twigg (Rowing)
Emma Twigg won the World Under-23 single sculls rowing championship in 2007 and went one better when she qualified for the senior final to book a berth at the 2008 Olympics.
Twigg has since been to three Olympic Games and won a gold medal in the single sculls at the 2014 World Championships. Brendon Hartley (Motor Racing), Danny Lee (Golf) and Edward Dawkins (Cycling) were the other finalists. 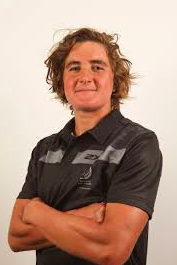 2006 - Rebecca Spence (Duathlon)
Aucklander Rebecca Spence was the first winner of the Emerging Talent award after her outstanding win in the ITU Junior Elite Women’s Duathlon World Championships in Canada.  Spence completed a 5 km run, 20 km bike ride followed by a 2.5km run in just over an hour to become a World Champion for the first and only time.
After seven years in retirement Spence burst back onto the triathlon scene in 2015 and has qualified for the Commonwealth Games in April.